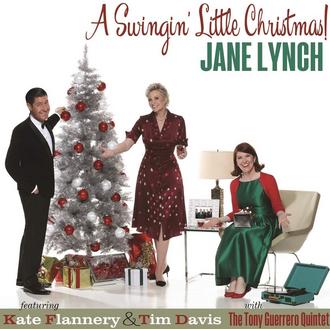 been cancelled for this year...

​​Emmy Award and Golden Globe Award winning actress, Jane Lynch, is getting in the Christmas spirit with the release of a Christmas CD, “A Swingin’ Little Christmas”! Following a path set by her role as https://hylton.calendar.gmu.edu/jane-lynch-8217-s-a-swingin-8217-little-christmas/ Sylvester on the musical mega-hit TV show, Glee, a successful run as Miss Hannigan in the Broadway revival of Annie and a critically acclaimed national tour of her own cabaret show with Kate Flannery, Two Lost Souls, this album marks her first step as a international recording artist.

Jane didn’t come to the party alone, inviting her friends Kate Flannery (best known for her portrayal of Meredith on NBC’s The Office) and Tim Davis (vocal producer for Glee and one of the industry’s leading vocal arrangers) to join in as both featured singers and as part of a classic-sounding vocal group (under Mr. Davis’ vocal direction). The trio is accompanied by The Tony Guerrero Quintet –– a nationally recognized jazz ensemble in its own right with multiple CD releases to its credit.

“A Swingin’ Little Christmas” is unapologetically sentimental, recalling the classic Christmas albums of the 1950s and 60s. The album features fifteen tracks, including fresh takes on ten classic carols and five brand new nostalgia-inspired originals, penned by bandleader, Tony Guerrero. The disc is ripe with clever jazz arrangements, tight vocal harmonies and features a variety of instrumentations including a five-piece jazz quintet, a full big band and lush string orchestrations. Both Jane and Kate are well known for their comedic abilities, and while the album has several fun, lighthearted moments, there are also plenty of deep, rich and even serious musical moments to balance it out.

Jane Lynch’s “A Swingin’ Little Christmas” is sure to become a perennial holiday favorite!